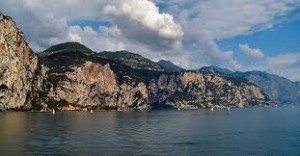 Tremosine is the conglomeration of several villages at an altitude of 400 to 600m. They can be reached by the panoramic mountain route starting at the Gardesana. The plateau is a very nice area for hikes, as nature is still untouched and pure. The most impressive sight is the unique view over the Lake, Monte Baldo and Malcesine. In the pretty old town Pieve there are many 18th century houses which have been lovingly restored. From here a path leads down to the Lake, a walk recommended especially to those who do not mind heights!

Eighteen small villages — one (Campione) on the lake and the others (Ariàs, Bassanega, Cadignano, Castone, Mezzema, Musio, Pregasio, Priezzo, Secastello, Sermerio, Sompriezzo, Ustecchio, Vesio, Villa, Voiandes, Voltino, and Pieve, which is the administrative center) on the plateau overlooking the lake — form the community of Tremosine. With its 72 square kilometers of territory, it is one of the largest provinces of Brescia. Tremosine can be reached from Limone by way of Tamas, from Tignale along the Tignalga road, or along the provincial road which from Porto on the Gardesana road climbs to Pieve. The natural environment is varied: towns nestle amidst valleys or perch upon the knolls, hills and plateaus covered with meadows, olive trees and pine trees. Altitudes vary from 65 m, where Campione is situated, to 1,976 m at the peak of Mount Caplone on the border of the communities of Tignale and Magasa. Many trails snake up along the mountain to places which until 1918 marked the border with the Austrian – Hungarian Empire. Excursionists, mountain bikers and more exigent athletes can therefore choose from a wide range of routes.

Tremosine offers an endless variety of natural attractions — the lake, bluffs, valleys, mountains — so you can take your pick!

Many of the small villages of the community have their own church or chapel. One of the more important is the S. Giovanni Battista Church in Pieve with an 11th century Romanesque bell tower and altars of the Madonna of the Rosary (17th century), the Madonna of Miracles (18th century), the Sacred Family (17th century), S Rocco and S. Valentino, the Immaculate Conception, and the Last Supper. The church has many interesting paintings and carved wood pieces such as the choir stalls in the presbytery and the bench and chairs in the vestry which were built by Giacomo Luchini of Condino (Tn). Another noteworthy church is S. Bartolomeo in Vesio, with paintings by Gian Domenico Cignardi, Bartolomeo Zeni and Antonio Staliani. Its recently restored organ was built by the famous organ-maker Gaetano Callido (1727-1813). The Sanctuary of S. Michele in the valley with the same name sits on the trail to Tremalzo. Probably built by the Lombards who venerated Saint Michael the Archangel, the building has been renovated several times over the centuries. The sanctuary has a small church and a hermitage.

Looking up from the lake to the homes of Pieve perching on the edge of the plateau about three hundred meters above the water, you might think no road could ever reach them. Yet for centuries men struggled to transport wood, coal, oil and grain along a steep path linking the port of Tremosine and Pieve so they could deliver the goods to the cargo ships, then the barges and ferries that sailed the lake at the beginning of the 19th century. A road traveling from the port to Pieve and Vesio was finally built in 1913 on the initiative of Don Giacomo Zanini and using the project of engineer Arturo Cozzaglio. It is a true jewel that winds up the mountain side and travels along the ravine formed by the Brasa Torrent. Don’t miss the chance to drive along this road and stop along the way to enjoy the splendid view and take a few photos where the ravine narrows.