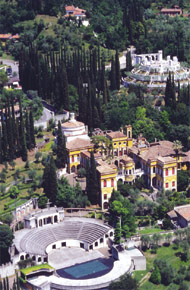 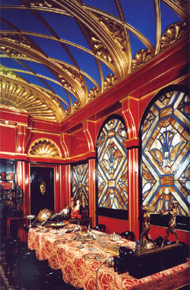 Gabriele D’Annunzio [1863-1938] was one of the most colorful and controversial personalities of the Great War. The Pescara-born literary innovator moved to Rome in 1881 and quickly became distinguished as a poet, novelist, dramatist and librettist. In 1914 he became a vocal activist for Italy’s entrance on the Entente side.After war was declared, he was active as foot soldier, sailor and aviator all over the Italian Front. His daring missions to Triest, Pola, and especially his August 1918 propaganda flight over Vienna, became part of the Italian war heritage. 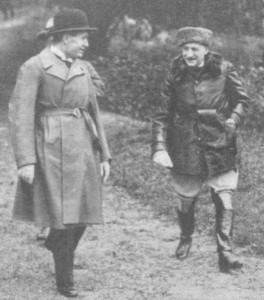 His career and his participation in the First World War is commemorated at a museum he planned in detail called the Vittoriale. It included: the house called the Prioria, that contains a collection of thousand objects, old wooden statues, ceramics, crystal, silverware and carpets; the War Museum; the SVA biplane, the Antibusmarine MAS 96; the Cruiser Puglia; the Mausoleum, two motor-cars: a Fiat model 4 and an Isotta Fraschini and the open air Theatre that holds an important Summer season (ballets, operettas, theatre, cabaret, concerts both classical and light music).