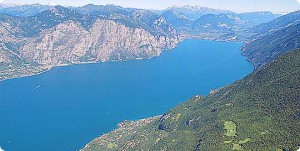 Lake Garda is a unique setting where the breathtaking view of the lake and mountains touches your soul. The lush natural landscape is an open invitation to enjoy a vacation full of activity and relaxation, where you can pamper yourself, recharge your batteries, get a healthy workout, and enjoy all sorts of sports in the great outdoors.

The International Lake Garda Marathon was created to promote and highlight the unique features and attractions of our local tourism industry: running along the banks overlooking the crystalline waters of the lake on a dazzling September morning will demonstrate everything we are famous for.  Lake Garda – an extraordinary combination of history, culture, tradition, and hospitality – looks forward to welcoming the athletes who plan to participate in the International Lake Garda Marathon and also their family members, friends, and trainers, to show them a sample of the extraordinary things it has to offer. The strikingly beautiful route, almost entirely along the Lake Garda lakefront, will give athletes a chance to compete in a first class sports event and have a taste of top-quality hospitality. All the towns on the lake and the historical cities of art — Verona with the Arena, Rovereto with the Mart museum, Trento with its old town center and the Buonconsiglio castle, and Brescia with its museums and art exhibits – look forward to welcoming the participants of the International Lake Garda Marathon to give them not just a competition, but also a dream vacation.

The International Lake Garda Marathon is a world-class event that will make its debut in 2007. The project, which was launched as the result of a local marketing survey, is now in its startup phase.The event aims to publicize, on an international level, the many distinctive aspects and attractions of Lake Garda through the promotional strategies of local tourist boards and administrations. Thus, on September 23, the shores of Lake Garda will welcome the spirited, swift emulators of the valiant messenger who was the first to run the distance between Marathon and Athens (42,195 km).The scheduled date is September 23, 2007, and the Lake Garda Marathon amateur sports association, which is responsible for the event, is working closely with various local associations and administrations on all organizational aspects. This type of event makes sense only if the entire area is involved, and one of the most striking examples is the New York Marathon. The world’s most hectic city stops for a day and welcomes thousands of marathon runners, spontaneously offering them refreshments, music, and assistance all along the route. What makes the Lake Garda Marathon so unusual is the fact that it starts out in the Lombardy Region (Limone sul Garda), crosses the Trentino region (Riva del Garda, Arco, and Torbole), and arrives in the Veneto region (Malcesine). It is therefore a project that embraces a vast territory and goes far beyond local administrative boundaries.

The President of the Honorary Committee is Senator Aventino Frau, who is also the President of the Comunità del Garda association, which is a sign of the determination to overcome boundaries and consider the three regions as one synergetic area: an authentic Lake Garda region.

In fact, the Autonomous Province of Trento and the Veneto and Lombardy Regions have already launched a joint plan to coordinate various promotional strategies.
The International Lake Garda Marathon is a sports event, but it also cares about social issues. Thus, during a recent meeting, A.S.D. Lake Garda Marathon President Stefano Chelodi and the President of the Trentino Cancer Research Foundation came up with an idea: the Marathon will pay a certain amount for a leg of the race that will be donated to the Trentino Cancer Research Foundation. It may not be a huge sum, but other forms of cooperation and mutual promotion combining sports and social commitment are under discussion.

A possible partnership proposal has been submitted to the executive boards of both organizations that must approve and quantify the amount.
Once again, sports and social commitment join forces and head towards a future that is hopefully positive for humans and their health.