http://www.gardaland.it/it/home.php —-> The most important and largest amusement park in Italy

Gardaland is the third-most-popular theme park in Europe and is between Peschieraand Lazise, at Lake Garda in Italy. Built on the eastern shore of Lake Garda atCastelnuovo del Garda, the park opened on July 19, 1975. It has expanded steadily in both size and attendance, topping 1 million visitors annually for the first time in1984. By 2007, attendance reached 3 million. Run and operated by the Merlin Entertainments Group, the park is promoted as first in Italy. This statistic is believable as the different attractions are considerably spaced throughout the park. It currently is home to six roller coasters and a total of 32 rides. The coasters are called Raptor, Blue Tornado, Magic Mountain, Sequoia Adventure, Raptor, Orto Bruco, Mammut and Fuga da Atlantide. 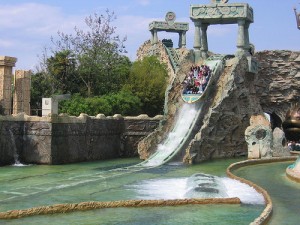 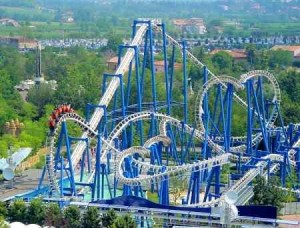